Fourteen (14) and a half years later.. I'm reposting something found on the Great Danes Online Forums.

For many years, this is and has been about: COCKFIGHTING.. DOG FIGHTING.. DRUG DEALING.. and CHILD TRAFFICKING...

A related topic that is noticeably grabbing attention is the increase in overt ghostface gang activity across the entire same area.

They can ignore the memo all they want, but local news headlines across the area repeatedly indicate: They're done in North Georgia.

If you have any information about crimes that could possibly be related to dog fighting et al(l), please consider privately contacting the Anti-Dog Fighting Campaign on Facebook. I've had some interaction with them the last couple years. They will never spit on you... figuratively or for reals... should you ever have a need to contact them.

Now for the list.. It has been adapted from the original. Ages at arrest are followed by approximate ages at the time of this posting. Macon has a darn good showing along with a few outsiders from other states.

The following list was published in today's Newton County (Georgia) Citizen newspaper (approximate January 2004). These individuals [were] arrested in Newton County this week for dog fighting. It was a big fight and the list is extensive. Please put these individuals on your "Do NOT Adopt" list.


According to the Newton County Sheriff's Office, the names listed below
are those who were arrested Saturday night in connection with a dog fight held in Covington.

UPDATE: When I posted this, I had no idea it was World Mental Health Day. That subject is not echoing nearly as much as "shutdown" in the same inbox mentioned below. That definitely needs addressed but in the meantime, the #WorldMentalHealthDay topic and associated hash tags are trending very nicely over at Twitter right now.

What I'm trying to say is very much about people's mental health. I've been riding our county's local transport system, MATS (Mountain Area Transportation Service), for many years. Means I've seen them go through several shutdown threats by default of them using government funding to perform their services.

Those lately ongoing shutdown threats translate into things like taking away the jobs of our bus drivers who are helping provide toward their respective families' finances. Also means the government is now seemingly near constantly threatening to take away things like MATS' riders' transport lifeline. In this county (Pickens County, Georgia), MATS is pretty much the only way for senior citizens, people with disabilities, and others on extremely low income to get around to gather up non-essentials such as... you know.. Life-sustaining food.

Meanwhile our ELECTED officials in places like Washington D.C. are beating their chests at each other by threatening to... shut down... things like those two items right there. By targeting resources that equate to voters' Life stability, politicians are also then beating up on those voters' sense of good mental health and well-being. The underlying intent of such a move is most assuredly that of attempting to drive voter anger and advocacy toward each varying side of the political discussion at hand. The Cliff's Notes version is it's dirty, underhanded pool at its most bestest finest.

A couple weeks ago, I was running through the day's offering of emails that come from a very healthy mix of most primary political persuasions. I became overwhelmed by the incessant use of the word... that blamed word... "shutdown" by what felt like everyone possible under the Sun. I'd had enough of seeing it thrown out at us from the left, right, top, bottom, front, back, over AND under the Congressional aisle.

And so a White House WE the PEOPLE petition was born.

Yes, this petition is... not totally sensible... And no, it doesn't really expect the word "SHUTDOWN" to actually be abolished. Its point is to deliver the message that it's time for the ELECTED members of our government system to quit treating people's sense of Life stability and thus their mental health as some kind of government ordained punching bag.

The petition may be found at:

White House Petition: ABOLISH use of the word... SHUTDOWN

Dear Obama, About That LTC Commission.... 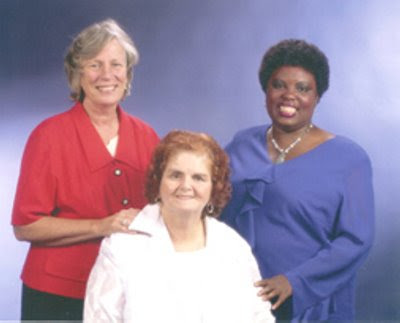 Somebody (won't mention any names, fwit-dee-doody-dooood) just published this over at the Ellijay, Georgia, Topix.com forum. Don't believe the author will mind a little plagiarism so we're going to publish in whole right here. That Topix advocacy continues:

Dear Obama, About That LTC Commission....

There is no DOUBT in your mind you know who-who-who this is. No, I don't expect that you're here reading this in the first of a person.. What I expect.....

Is them Georgia Dems to carry this message straight to your front doorstep sooner rather than later is what I expect.

How 'bout that.. HOW ABOUT THAT?! Filled 12 positions, you allegedly did, and allegedly not one dadgum one of 'em......

Represents the entire of the Disability Community at large.

It is further being highlighted that on the dadburn flip side, all entities with a CORPORATE MONETARY INTEREST in this venture HAVE been obliged THEIR VOICES at same said table. Well, isn't THAT con-veen-yent?!

So..... TO THAT END, here's a little sumpin-sumpin-sumpin for your considerations: MID-TERM ELECTIONS 2014. Catch my drift?*hint-hint* Need I say more?

Last three positions >>>> NCIL. ADAPT.org, disABILITY LINK (Decatur). And don't try scratching your head in refute as to why the third. You are well acquainted with ALL in the first of a person as I have SO enjoyed the photo op pic you published of *Lois* recently. Who else but Olmstead's First Lady AND her extended Atlanta family should be playing at least one of the high profile roles in this particular *LONG TERM* quest, know what I mean?

Thanking you in advance to them Georgia Dems for their assistance in communicating this matter to the powers that be. You all have a good day, now, ya hear.*wink*

*wandering off now singing* Give me what you promised to me, give it up, c'mon, GIVE IT HERE!! :))

You all were amazing this morning with how many signed on to the NOEWAIT Eliminate Waitlists for Individuals with Developmental Disabilities petition just a little bit ago.. Simply amazing..!

Please don't forget to keep forwarding it along wherever you can think to throughout the rest of the day as this is exactly the kind of subject matter that Lois Curtis, Elaine Wilson, and Sue Jamieson fought so hard for with respect to the Olmstead decision some ten years ago this week..

In Unity with Huge Cyber Hugs from Talking Rock..

So a funny thing happened on my way to Darren Rowse's latest Problogger post, Tell us about Your Blog in 140 Characters or Less.....

I got caught with my cyber britches all the way down around my ankles and sliding off one foot with the other not far behind..! :blush:

What has been happening is that I'm in the process of revamping EVERYTHING these Fingertips have ever been online.. Dust is flying EVERYWHERE, but only as fast as $9.95 a month dialup access allows..

Most recently, this blog, Six. Almost Seven.., had started to make the move over to Wordpress.com as wisp-o'-the-will.. Really neat colors I was able to draw on to quickly generate an impromptu header image: Bold black and red using the "Neo-Sapian" theme originally created for Wordpress by WPDesigner..

Scooby Doo farts, you ask..? As Studebaker over at Twitter.. My friends over there are an unbelievably eclectic intermingling of microbloggers I adore and whom have no idea I spend some wee bit of time living vicariously through when they're not looking.. :grin:

Back on the subject of the progressive move over to Wordpress.. Was an extremely difficult decision to make, but ultimately it came down to that I really don't like having to feel like I need to visit my site occasionally just to make sure it's still "safe and sound".. Silly, yeah, but I'm kind of partial to the concept of Freedom of Speech, you know..? :wink:

Well, it was the constant worrying about the stability of one's opinion remaining online combined with the ease, or lack thereof, of being able to successfully validate Six. Almost Seven.. in its current state.. Hard as I tried to keep up with it, the most well-formed I could get it was within something like 80+ errors, give or take, over at W3C.. :grimace:

So what happened with Wordpress.com, though, that sent the virtual dust specs flying everywhere yet again a few days ago was that scripts were getting scrubbed when I entered them.. A quick check of their FAQ revealed that there are a lot of things that don't work on the dot com site that do on some others, well, like Blogger, for example.. That's TOTALLY cool, just thank GOODNESS I learned the limitations this early on.. :phew, giggle:

That realization in hand, one super quick Internet search later brought me straight back to Wordpress, only this time it was over at their dot org version.. The "fun" still wasn't done yet, though..

Would NOT freaking download on this end to save my Life..!!!

Best as I can figure is that it might have something to do with that I'm using a really cheap, not p/c "inexpensive" but CHEAP, Internet service provider (ISP).. Caught on tape (translation: print screened for posterity) is the evidence: The file was downloading at 37 [bleeped] bites a second.. Chances are that either my ISP or the Wordpress server was timing me out because the download was taking so [double-bleeped] long..

A Wordpress forums tipster suggested a mirror over at Softpedia.. That proved to be the ticket.. Yeehaw..!

And that is where you find me now.. Cyber britches down at my ankles as I sit this second with Wordpress.org's offering finally downloaded and extracted, YAY, and waiting for me to figure out if yes, Virginia, GoDaddy will or will not accommodate it as an upload..

Stay tuned.. And thank you so much for caring enough to pop in and visit.. :grin:

Cyber Hugs with warmest wishes of Peace and Love from the foothills of North Georgia..

P.S. Hm. Seems my ramen noodles were inadvertently posted elsewhere and never found their way home to roost.. In the spirit of the moment, the 140 characters or less version is:

White House Petition > ABOLISH use of the word... SHUTDOWN: Please help let Washington D.C. know that WE the PEOPLE are tired of all sides of the congressional aisle hijacking our emotions and sense of stability purely for their political gain.

By no means meant to be all inclusive, the Disability Self-Advocacy Checklist I've put together is based on leads I've often learned the hard over the last few years.. It is intended to be a short starter list of ideas to help others begin their own personal disability self-advocacy efforts.. P.S. This list works well for advocates, supporters, and caregivers, too.. :wink: